Mayday greetings to the workers of the world! We have a short mayday-themed carnival to celebrate.

First up, The World Socialist Party (US) has prepared a history of Mayday - Mayday 2008 is the 122nd anniversary of the American General Strike of 1886. Snowball, however, links to a piece by Rosa Luxembourg which dates Mayday back to 1856. Anyone wanting to resolve this historical problem should do so in the comments.

Penny Red writes a Mayday article on feminism, class and abortion, arguing that feminism is beginning to rediscover its socialist roots.

Finally, around the UK there are elections today - most importantly those for Mayor of London. Stroppyblog has a pessimistic/realistic take, while The F Word simply says "Vote!".

The subsequent time I read a blog, I hope that it doesnt disappoint me as much as this one. I mean, I know it was my choice to read, but I truly thought youd have something fascinating to say. All I hear is a bunch of whining about something that you possibly can fix for those who werent too busy on the lookout for attention. 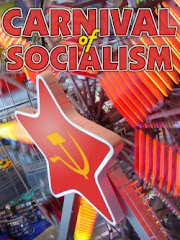